The Hog Hotel | Pakefield, Suffolk | About Us ABOUT THE HOG HOTEL

The Hog Hotel (formerly known as The Fishers Hotel) was acquired by Nathan & Sally Jones in August 2018 and since then has been fully refurbished and modernised. All the public rooms and all of the hotel rooms have undergone extensive renovation. The addition of two brand new suites including one disabled access, and landscaping of the garden has further extended the hotels services. As a result, The Hog Hotel is has quickly become the areas number one rated hotel and a member of the Good Hotel Guide which is by invite only. With welcoming charming décor, ever-changing menus in the restaurant and bar, and rooms that focus on comfort as well as luxury, we offer a little something for business travellers, weekending couples and anyone who wants to enjoy everything that Suffolk has to offer.

The hotel is managed by experienced management couple John King and Agata Swidowska, pictured below, who bring with them years of four and five star pedigree at luxury hotels across the country. They are supported by Executive Head Chef Terry Balme and his brigade.

A quick note about our name –The Hog Hotel has been named after the hedgehog, the favourite animal of Jones’s late father and the bespoke hedgehog identity you see in the logo is named Dave, in his honour. As lifelong members of the British Hedgehog Preservation Society we aim to raise awareness about the decline of hedgehogs and also intend to support fund raising for a number of local hedgehog charities. Our garden is being curated to make sure it appeals to the local hedgehogs, with our very own miniature Hog hotels for them to make their own.

Nathan and Sally Jones are experienced hands in the hospitality business. Nathan is a local boy who upon moving to Lowestoft aged 14, studied at Kirkley High and Lowestoft College. After college, he developed his own successful foodservice business, Harbour & Jones, which merged with a larger national caterer in 2017. He had always desired to own and run a hotel, and had driven past the property on numerous occasions dreaming of what he could do with it.

Sally’s expertise lies in sales, marketing and branding. Earlier in her career, she managed catering operations with Harrods and Selfridges. She eventually became the sales and marketing director for Harbour & Jones. They are both captivated by the Suffolk Coast. 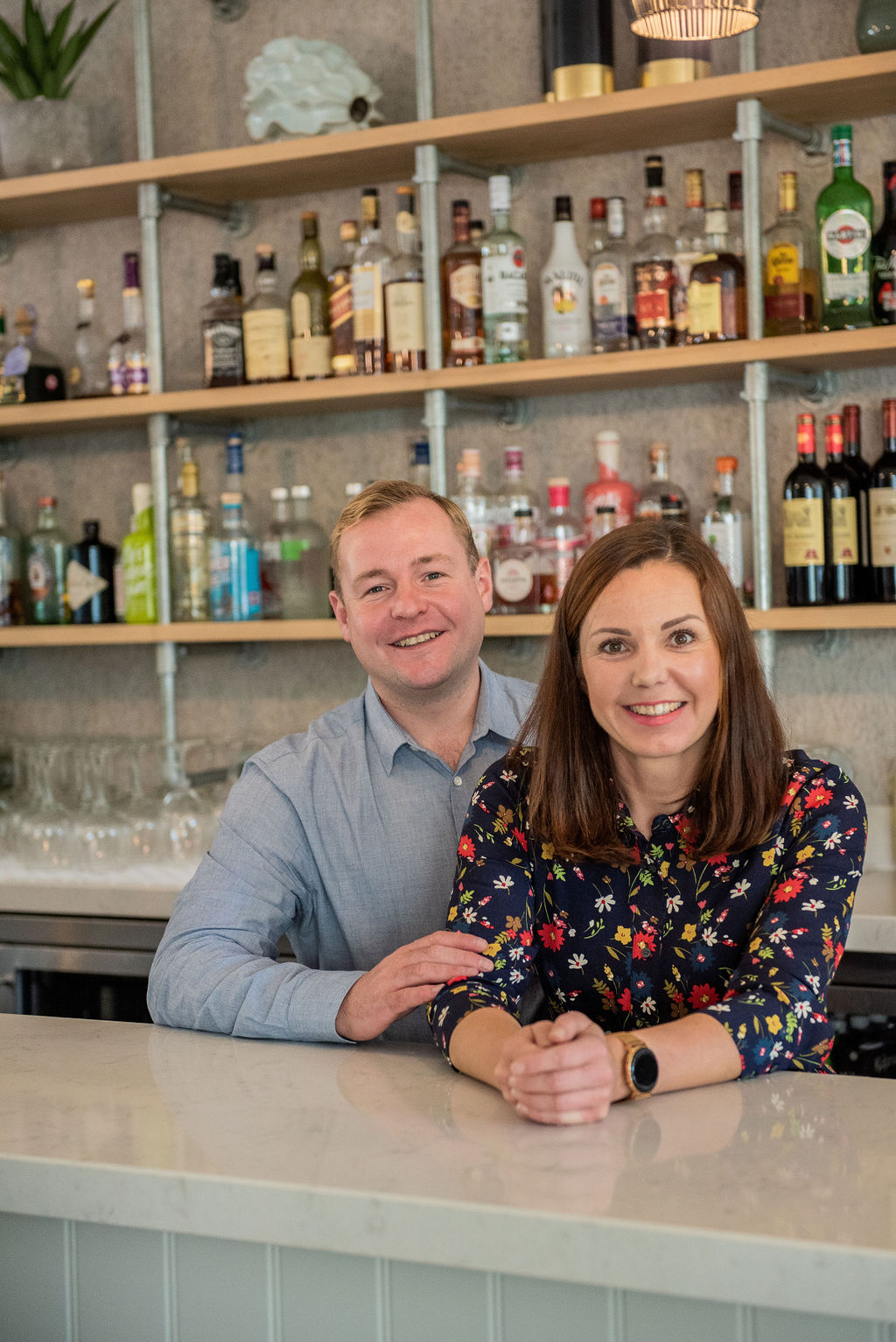